The Panama Canal is a series of Locks that raise the water level at various points on the Isthmus of Panama, between the Atlantic and Pacific Oceans up to the Gatun Lake, which allows ships to travel the 80 kilometers (50 miles) between the two Oceans and avoid the long trip around the tip of South America. Each set of locks takes ships to Gatun Lake, the Isthmus, which is about 26 metres (85 feet) above sea level.
Most of the trip, 64 kilometers (40 miles), is done by travelling across Gatun Lake.

The trip between oceans normally takes between eight and ten hours.
However, in 1979, the U.S. Navy hydrofoil Pegasus, crossed through the Canal from Miraflores to Gatun in 2 hours 41 minutes.

Over 1 Million ships had used the Canal by mid 2011

On August 15, 1914, the SS Ancon became the first ship to “officially” pass through the Panama Canal. 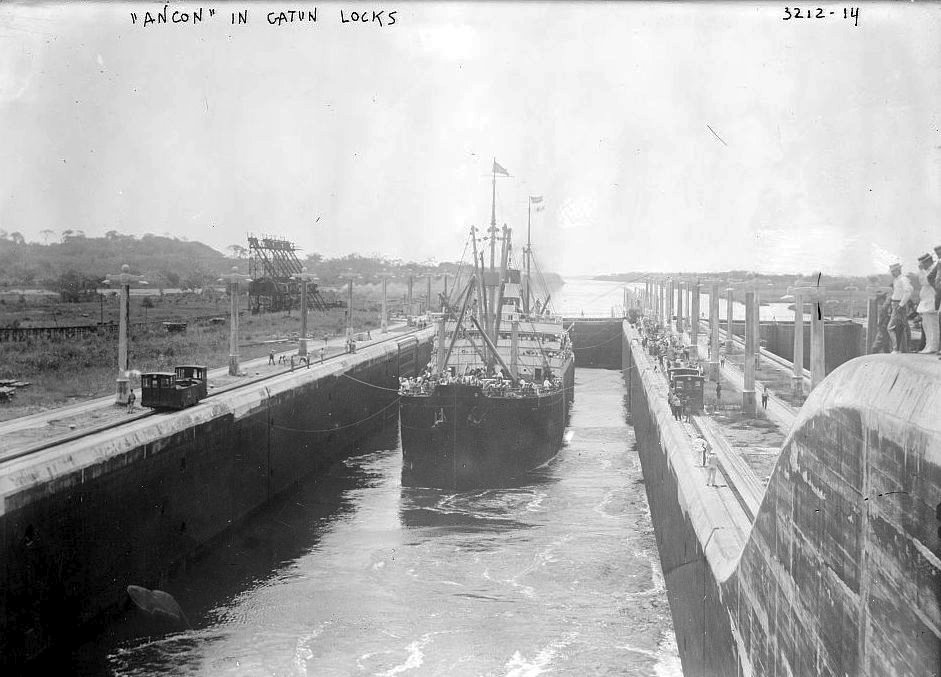 Two ships had already made the passage, although unofficially.

The S.S. Cristobal made the passage on August 3rd, 1914 with a load of cement.
The French crane boat Alexandre La Valle had also crossed the Canal during the construction stages and reached the Pacific on January 7th, 1914

It is estimated that over 30,000 people died during the construction, over that 34 year period.

This site uses Akismet to reduce spam. Learn how your comment data is processed.

Posts in this Category